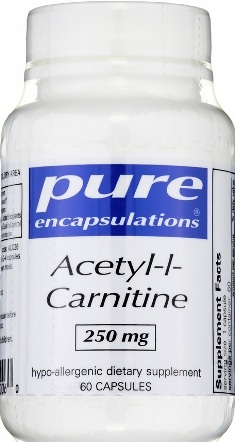 Acetyl-l-Carnitine is a building block for proteins that helps the body produce energy, as well as stabilize cell membranes to support memory, emotional health and cognitive function. ‡